Eight Reasons Why You Should Be Having More Sex

Sex doesn't just feel good, the act of procreation can benefit the mind and body in a number of ways. Would you like to have lower blood pressure, better bladder control, and a stronger immune system? If so, it's a good excuse for you feed the greed and start having sex more often. 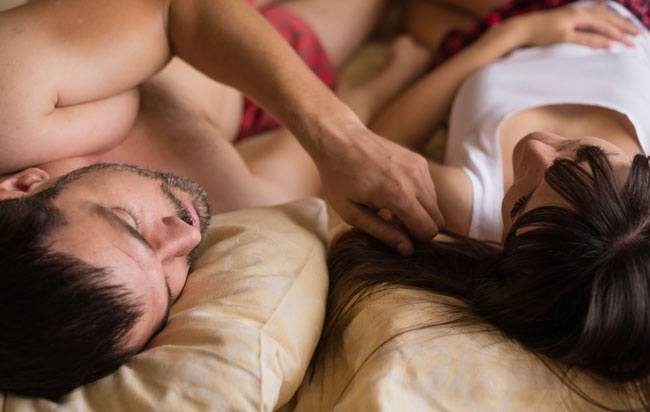 1. Sex Can Lower Your Blood Pressure

Statistics show one in three American adults suffer from high blood pressure (hypertension). This is worrying because, left untreated, people suffering from high blood pressure are more likely to succumb to heart attacks and strokes. It would unwise for anyone to throw away their blood pressure pills in favor of an earlier bedtime, research shows sex can be so good at combating stress it can help lower the blood pressure naturally. Although, people who have existing heart problems would be wise to have a chat with their doctor before they start getting too gymnastic between the sheets. The sexual act can further protect the heart by keeping testosterone and estrogen hormone levels in check. In fact, the data collected from one study suggests men who have sex at least two times each week are 50% less likely to die of a heart attack than men who have sex less frequently.

The hormone-boosting ability of sex can also help ensure a more youthful appearance because estrogen helps provide younger-looking skin and more lustrous hair. The results of one age-guessing study suggest people who have sex at least four times per week may appear to be up to 12 years younger than they actually are.

Around 30% of women fall victim to incontinence at some point in their lives. Women who have regular orgasms are less likely to experience this problem because when they are having an orgasm it flexes their pelvic floor muscles, making them stronger. The effect is very similar to that provided by the kegel exercises doctors often recommend for women who have just given birth and are finding it hard to control the need to pee.

Prostate cancer is very common. It has been estimated that one man dies of prostate cancer every 19.1 minutes. The results of a study conducted at Boston University of Public Health suggests men who ejaculate more often may be less likely to fall victim to this terrible disease. The study involved data taken over a period of 18 years and it suggests men (aged 20-29) who ejaculate 21 times or more per month may be 19% less likely to succumb to prostate cancer than men who only ejaculated 4-7 times each month.

A number of studies suggest people who get plenty of sex have stronger immune systems. For the purposes of one study, conducted at the University of Pennsylvania, the scientists recruited a group of 111 college students and quizzed them about how often they had sex. Some of the students were not sexually active. Others had sex less than once per week and still others enjoyed sex with their partner more than three times per week. They then submitted saliva samples. The samples taken from the students who had sex more than three times per week contained 30% more immunoglobulin A (IgA) than the samples taken from the other students. Immunoglobulin A (IgA)is the antibody that helps protect the body from cold viruses.

Good sex can be mind-blowing and it may help you to become smarter too. Research conducted on rats at the University of Maryland revealed the rodents that got lucky more often produced extra new neurons in the hippocampus area of the brain (where memories are formed). Scientists at Konkuk University in Seoul conducted a similar experiment (on mice) and concluded: "Sexual interaction might be helpful for buffering adult hippocampal neurogenesis and recognition memory function against the suppressive actions of chronic stress."

Sex is very good exercise. If you are sitting in a chair or lying in bed, your body will be burning roughly one calorie per minute. If you are having sex the number of calories burned increases to five. If you are serious about losing weight, the combination of a healthy diet and regular exercise is the only way to go, but that five calories can quickly become 100 calories after a 20-minute session between the sheets.

8. A Little Extra Loving Can Help You to Sleep

When people have sex it triggers the release of a hormone, called prolactin, that relaxes the body and encourages the need for sleep.

When two bodies unite there is more going on than a lot of puffing and panting. The human body is a complicated biological machine and, although some people, such as priests, for example, make a decision to abstain for most or all of their lives, sex is important. It ensures the continuance of the human race and provides the cement that can help keep a relationship together. Research shows it also offers numerous other benefits that people may not be aware by enriching the life and improving the health.